The HC Groep’s second generation twin discharge Induction fan is singularly unique in its design, which ensures a consistent flow away from potential Coanda or skin friction effect. This patented design has been independently tested and shown to deliver a better volumetric performance and higher efficiency than any other induction or impulse fan on the market.

ON AVERAGE ENERGY CONSUMPTION IS REDUCED BY 50%

Making use of the patented outlet venturi, higher and more efficient performance and ultra flat design ensure our systems offer the builder and developer the following essential advantages and sustainable benefits. 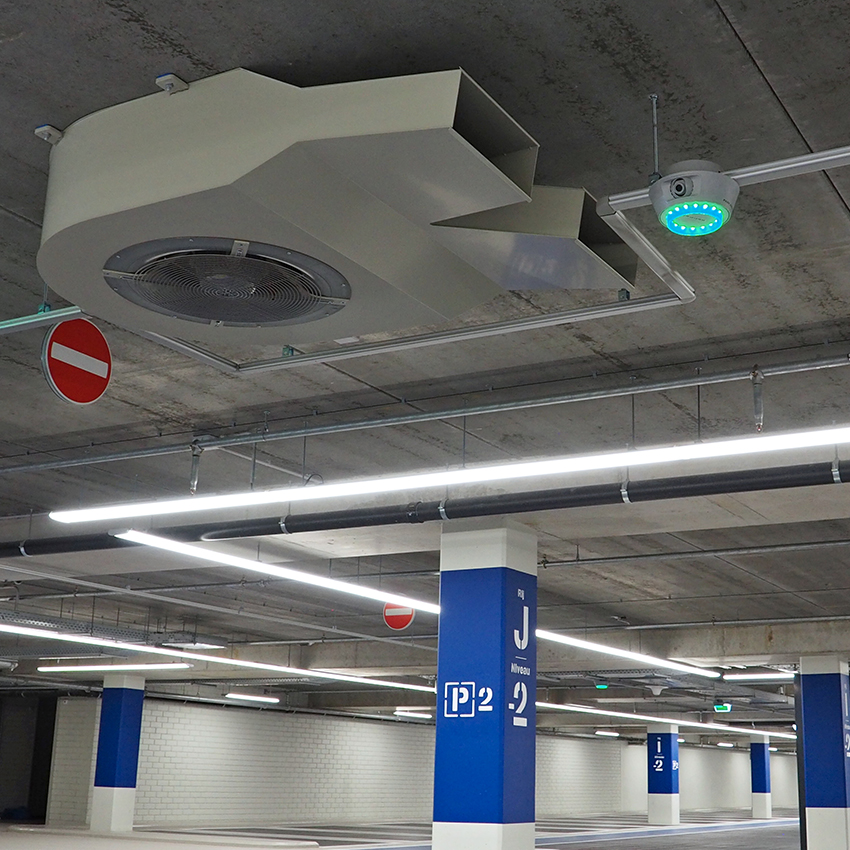 The benefits and advantages of car park ventilation systems using the new twin discharge induction principal can be readily compared to similar installations using outdated impulse fans. Such comparisons demonstrate that these older products have now been made obsolete. Likewise the volumetric performance of induction fans can be determined and compared by the following:

The combination of the above makes it possible to drastically reduce the number of thrust fans, inevitably leading to the many advantages outlined.

If you have any questions regarding our car park ventilation solutions, please do not hesitate to contact us.